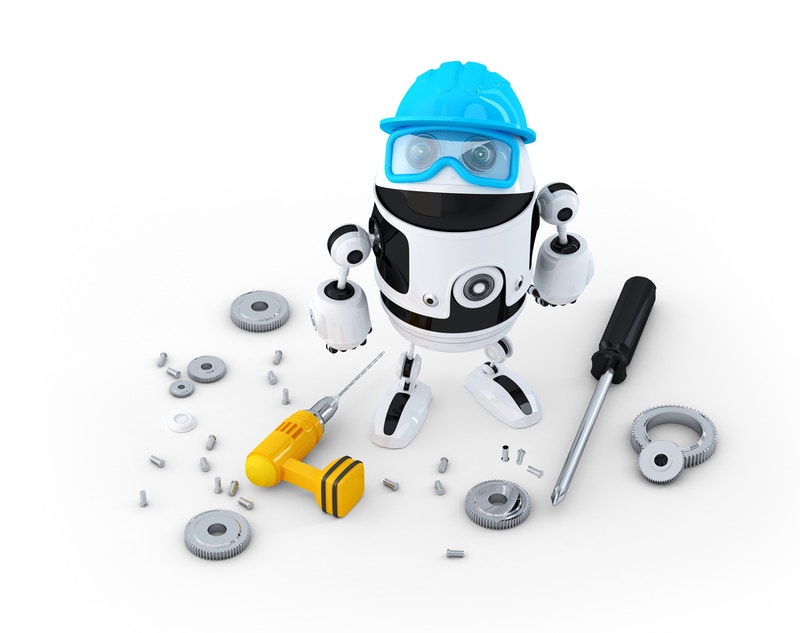 The unexpected construction project was the result of a tasty meal that did not go as planned.
Steak with brown butter and Bordelaise served with Brussels sprouts and roasted potatoes. That is how it all started.
The recipe sounded delicious.
In fact, the meal sounded even more tasty because your husband was cooking. Armed with the ingredients from the home meal delivery plan, your husband began the 35 minute preparation time as indicated by the recipe. You were at the kitchen table watching the “chef” at work, trying not to smile. He has always reminded you of the Swedish Chef from Sesame Street. With ingredients flying and utensils and pans clattering, these Friday evening meals cooked by your husband have turned into some pretty impressive spectacles.
In the past, however, the food was always tasty and the clean up was always thorough, so you watched the action from the table while you finished some computer work. On this night, you noticed that your husband kept running the garbage disposal. Wondering why he could possibly need to run it so often, you finally asked. He impatient answer indicated that it was clogged. You quietly suggested that if it was not draining he maybe should quit running water. Even though he was irritated by your comments, he complied and checked under the sink to make sure nothing was leaking.
That under the sink check, however, was nearly 20 minutes before he plated his masterpiece.
After you were finished eating, he began the clean up in earnest and again began the battle with the disposal.
Still clogged.
When he checked under the sink this time, however, water was everywhere. A frantic run to the basement indicated that while you were eating a small leak had made its way into the basement as well.
This meal now turned into a three-hour long project of cleaning up the water, purchasing and replacing a garbage disposal that had succumbed to those roasted potatoe peals, and putting in a call to a construction contractor who could hopefully come out the next day to begin the more major repairs from the water damage.
Construction Management Consulting Services Can Make Sure Deadlines Are Met and Work Is Up to Code
Although replacing a kitchen garbage disposal may seem like an easy enough project, the water damage caused by a broken and leaking disposal is often a job for a professional. Going the next step and finding a construction consulting firm that also provides project management staff can make jobs of all sizes stay under budget, meet deadlines, and complete work that is up to code.
Unfortunately, nearly 20% of all insurance claims involve or are related to some form of water damage. The decision to work with a professional construction contractor, instead of trying to do the work yourself, is often advised. With as many as 7. 8 million production workers in the American construction industry, it is not difficult to find a local contractor for any job. Both residential and commercial contractors, in fact, provide quality workmanship as well as knowledge of city and state safety codes.
Working with a contractor who does not know what he is doing, on the other hand, can result in continued problems and extensive hidden damage. In fact, water intrusion issues make up more than 70% of current construction litigation in America. The decision to complete a job yourself or to save money and go with the least expensive contractor does not often work out. The repairs of the initial repairs, for instance can be even more expensive if the job is not done correctly the first time. Hidden water damage that turns into a pervasive mold and mildew problem can not only cause building damage, it can also cause health problems.
Construction crews that are supervised by a project manager often result in some of the best work. The important scheduling of the flooring, drywalling, and painting, for instance, can be carefully timed so that crews can be bot efficient and effective.
If you find yourself in need of some drywall, flooring, and plumbing repair as a result of a broken garbage disposal or other problem, the decision to call for assistance sooner rather than later often pays for itself.